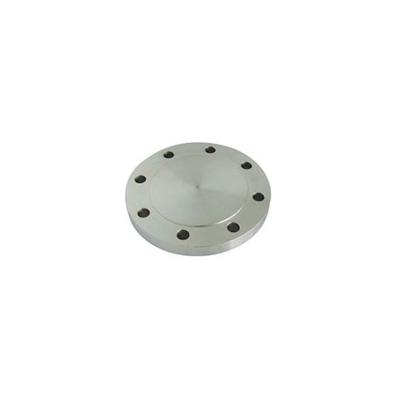 
Send email to us

Blind flange is used in the two flange connection to block the pipeline equipment, such as a solid plate, or commonly used steel plate. The purpose is the test pressure of the pipeline equipment, leak testing, sealing the pipeline.
Product pipe size range of ½" to 96", flange grade range of 150 # to 10,000 #. Blind flange products feature a convex or annular tongue and groove joint liner surface. Blind flange products are available in A (MSS SP44) or B (API 605) series and meet ASME/ANSI B16.5 and B16.47 specifications.
The four main production processes are forging, casting, cutting and coiling.

Casting flange
Casting flange, the shape and size of the blank is accurate, the processing volume is small and the cost is low; the advantage is that it can make a more complex shape.

Cut Flanges
The inner and outer diameter and thickness of the flange are cut directly on the middle plate, and then the bolt holes and waterline are processed. The flange produced in this way is called cut flange, and the maximum diameter of such flange is limited to the width of the plate.

Rolled flange
The process of cutting strips from the plate and then rolled into a circle is called rolling, mostly used in the production of some large flanges. After the successful rolling, welding, then flattening, and then the waterline and bolt hole processing.

Write your message here and send it to us